I’ve just finished reading a book called The Age of Miracles by Karen Thompson Walker. It tells the story of what happens when the earth’s rotation slows so that days get longer and longer, stretching well beyond 24 hours. This has effects such as gravity getting stronger, radiation from the sun intensifying, food depending on artificial light to survive 30 hours of darkness, and eventually humans not being able to go out in daylight at all.

It just goes to show how the period of 24 hours that we do have is perfect to sustain life, along with lots of other things that a Creator has designed:

The earth’s surface temperature lies between 0 and 100 degrees nearly everywhere. This is maintained by the earth being exactly the right distance from the sun, with an atmosphere that filters deadly radiation, an inclining axis which results in seasons, and a huge amount of ocean functioning as a heat reservoir, distributing heat and causing rain.

The atmosphere contains just the right ingredients for life, including carbon dioxide and abundant oxygen.

Carbon is abundant on earth and is essential, being the only element able to form the large molecules needed for lie and metabolism. Despite this plentiful supply on earth, it is not at all common in the universe.

Water is also abundant on earth, and is very well distributed due to the water cycle of rains, rivers and oceans. But despite this large amount of water, we also have a lot of dry land to support life. If the ocean basins had been shallower, dry land would have been restricted to the tops of mountains. 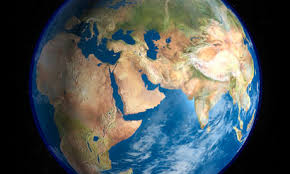 If any one of these aspects had not been present, life would not have thrived here. Can this just be chance? Or is it more evidence that a Creator must have been involved?

The Lord God also made a promise that He would not change the cycle of day and night after the flood in Genesis. He said to Noah: “While the earth remains, seedtime and harvest, and cold and heat, and summer and winter, and day and night shall not cease,” (Genesis 8v22). These things are in the control of God Almighty, and He makes the earth to continue turning.